Skip to content
Okay Breeders’ Cup fans, here are the line-ups for Saturday’s races.  There are two non-BC events to begin the card, which has a first race Post Time of 10:45.


Race 3:  Filly & Mare Sprint (12 p.m.)The Bob Baffert trained MARLEY’S FREEDOM with Mike Smith aboard, looks like the one to beat going seven furlongs.  SELCOURT is another interesting one from California. She’s won three straight but hasn’t started since March for John Sadler.  In this type of race, an inside post might be to her advantage. 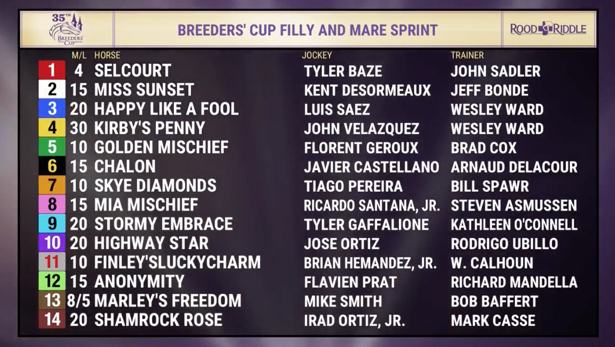 All the major players from last year’s edition of this race are back, with STORMY LIBERAL, RICHARD’S BOY and DISCO PARTNER all in good form.  One of the strangest entries in this year’s championships is RAINBOW HEIR.  As he was already put out to stud but has returned to training for this race. 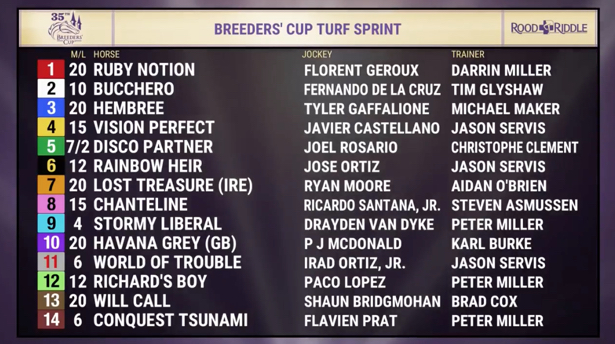 This event back to one turn at Churchill Downs after its two-turn configuration in California also revealed some insights into the Breeders’ Cup Classic and Sprint. SEEKING THE SOUL went here, opting to go up against the heavy favorite CATALINA CRUISER.  The top choice drew the outside post in a field of 10. 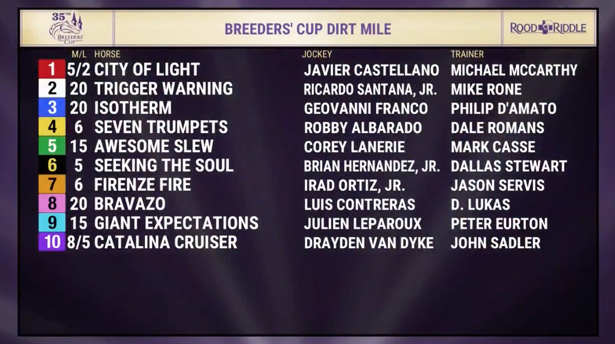 Where as Wesley Ward has a lock on the Juvenile Turf Sprint, this flight is all about Chad Brown, whose SISTERCHARLIE drew an ideal middle Post Position to lead a charge of five runners from his barn.  Brown-trained A RAVING BEAUTY and FOURSTAR CROOK are, along with SISTERCHARLIE, are Graded Stakes winners their last time out.  WILD ILLUSION sports the same connections as last year’s winner, WUHEIDA. 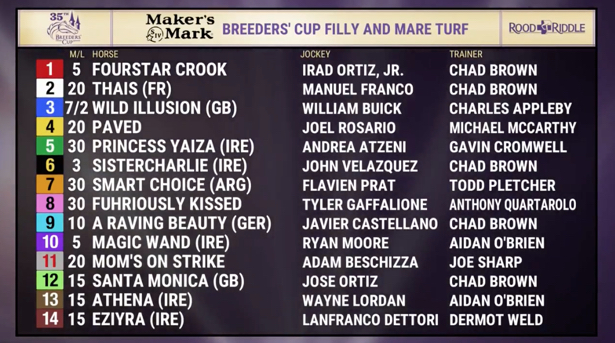 With a victory here PROMISES FULFILLED, ROY H, IMPERIAL HINT, or even WHITMORE would be eligible for an Eclipse Award in a deep and talented edition of the Sprint.  PROMISES FULFILLED from the two spot should easily jump to the lead.  Can they catch the speedy 3-year-old, his career renewed after backed up to one-turn races? 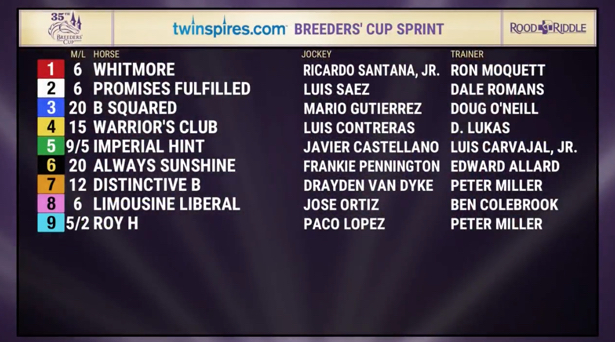 Notably,  Aidan O’Brien runners have dominated the Turf, but he doesn’t send his best to the Mile.  This was the only Saturday Breeders’ Cup race won by a favorite in last year, with WORLD APPROVAL getting the Win.  European shipper POLYDREAM is the early favorite this year.  The American runners are a mixed bag of inconsistent runners. Previous Breeders’ Cup Winner OSCAR PERFORMANCE seems the lone stand-out given his bounce-back win in the Woodbine Mile (G1). 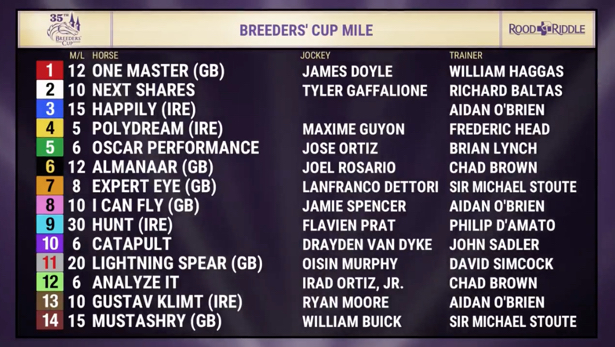 Last year’s Kentucky Oaks Winner (ABEL TASMAN) takes on this year’s hero (MONOMOY GIRL).  Both are technically coming off defeats, the latter due to disqualification.  Notably, WONDER GADOT came within a length of MONOMOY GIRL the last time they met at Churchill Downs.  BLUE PRIZE is an older mare who has an affinity for the surface.  Post Position should not be an issue with Monomoy Girl as she won the Oaks from the far outside Post as well. 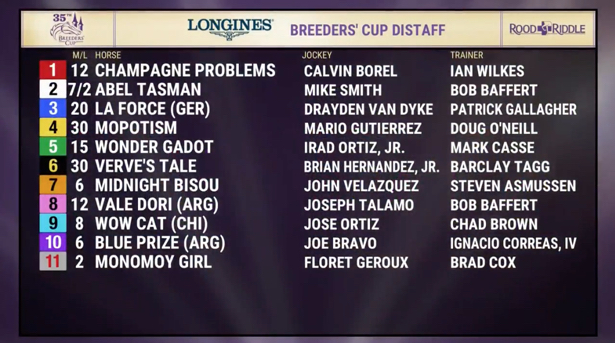 ENABLE is the even-money favorite from the No. 2 hole.  Europeans have dominated this race, and this latest renewal looks no different.  Trainer Andre Fabe brings back defending winner TALISMANIC, while WALDGEIST is an intriguing addition for his barn. 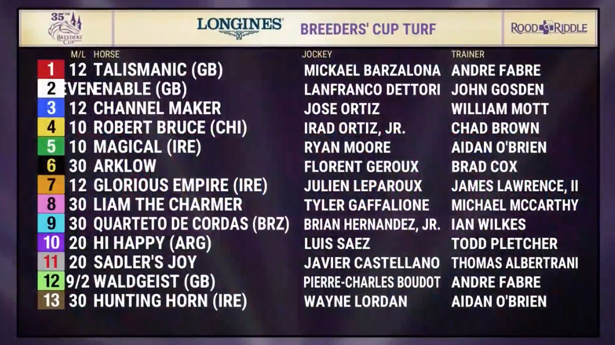 ACCELERATE, the favorite here, will have to work for a fifth Grade 1 win this year from the outside post as the Classic has a full field for the first time since 2014.  With a win here, he may have a case for Horse of the Year.  CATHOLIC BOY off of his impressive Win in the Travers Stakes should contend here as well. 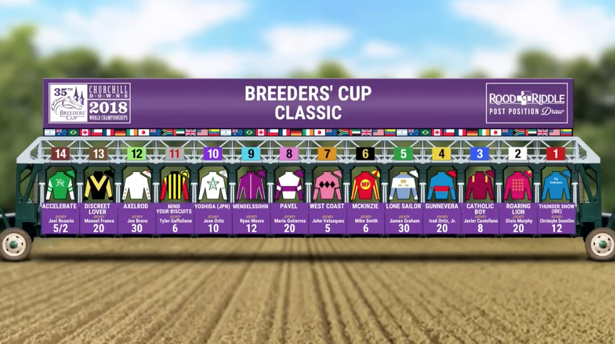 Enjoy the next two days of the Breeders’ Cup Championships and be sure to check back with the Daily Racing Blog for the weekend wrap-up of the races.