It’s an overflow field, as expected for the inaugural running of this 5 1/2-furlong event that kicks off Breeders’ Cup racing on Friday.  And it’s tailor-made for trainer Wesley Ward, who has four entrants.  The inside post shouldn’t be a deterrent for STRIKE SILVER, the tepid Morning Line favorite who likes to close. 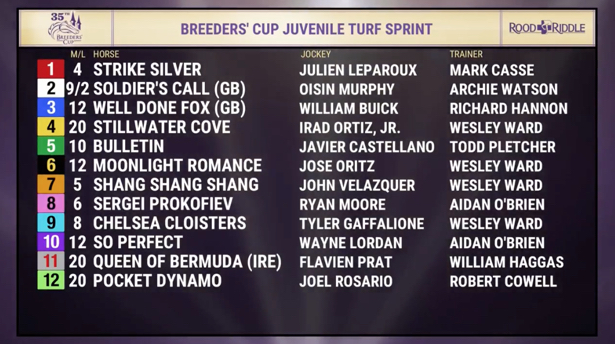 NEWSPAPEROFRECORD will go for Chad Brown, (who has dominated this race), from post six.  Will she follow in (2017 Winner) RUSHING FALL‘s footsteps?  It seems likely.  If you’re hunting for a long-shot, SUMMERING has every reason to out-run her odds. 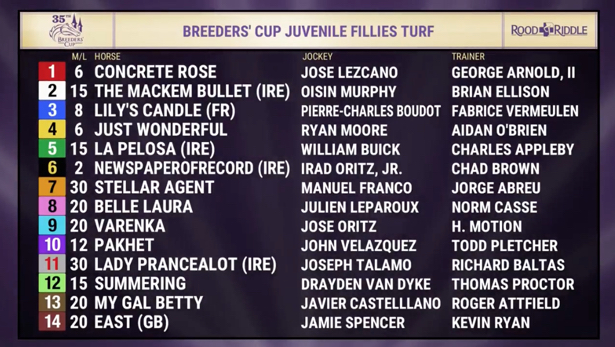 This race is wide open, as the likes of BELLAFINA from California, SIPPICAN HARBOR from New York and RESTLESS RIDER from Kentucky clash.  Each are Grade 1 Winners.  And what to do with SERENGETI EMPRESS?  She won her last race at Churchill Downs in RACHEL ALEXANDRA fashion.  In the end, 7-2 could be a steal if she comes close to repeating that effort. 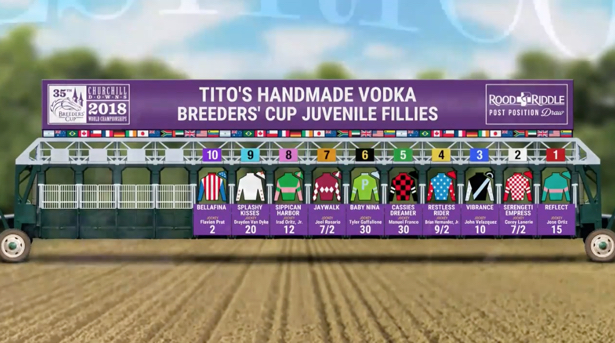 Aidan O’Brien‘s lone contender in this race, ANTHONY VAN DYCK, will have his work cut out for him from the outside post given an extremely short run up to the first turn.  Notable here, the last out Futurty Stakes Winner UNCLE BENNY, who had a fees-paid trip to the Juvenile Turf Sprint, will stretch out and run here instead. 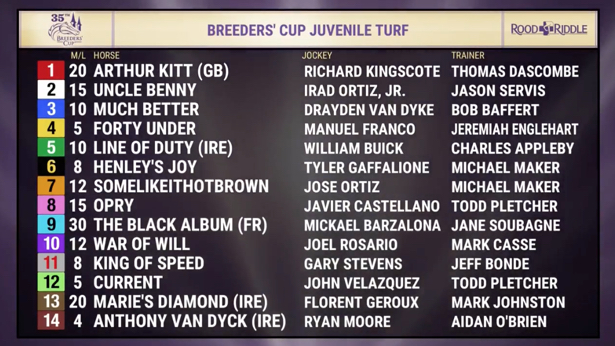 Unbeaten GAME WINNER has all the qualities of the usual monster from the Bob Baffert barn, and his morning line odds reflect it.  This race will test Grade 1 Winner COMPLEXITY around two turns for the first time.  The scratch of TROPHY CHASER, who will go in an under-card stakes, made way for D. Wayne Lukas-trained maiden DERBY DATE.  A long-shot to watch?  STANDARD DEVIATION drew a terrible post last out and hit the board at Keeneland.  He’s worked in blinkers since.  Note on the graphic below, KNICKS GO should be 30-1. 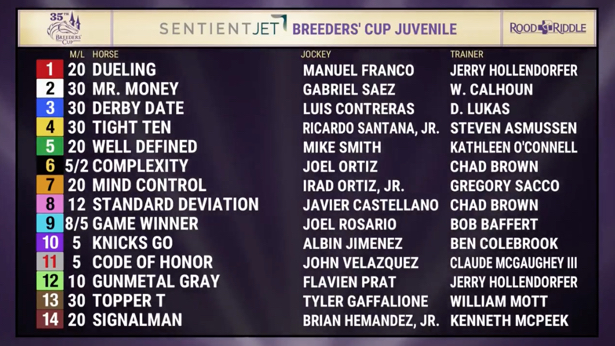 Those are the BC  races for Friday.  The Daily Racing Blog will have Saturday’s Post Positions with Morning Line odds up on Thursday, so stop on back.